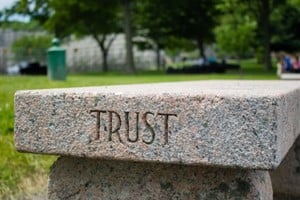 Principle #2 – Resolve Past Issues and Release Your Brain Power!

This year I realized how much our current president, and his administration, have broken my trust in the Federal Government. The lies about, well, everything has broken my soul and the soul of our nation.

The American citizens stepped up and voted in record numbers. But the lies and rhetoric about election fraud seem to be never-ending. There have been almost sixty lawsuits trying to overturn the election. I not only mistrusted the government, but I also had feelings of distrust for the judicial system. And I didn’t believe they would follow the law because this administration has tweeted lies that the Supreme Court will rule in his favor. It’s not that I think he’s right, but it’s because it seems he gets his way, and his childish behavior has been acceptable to many people.

Democracy has prevailed, and the judicial system has followed the law! Eighty-one million people voted for a new leader of our country. And we have a president-elect and vice-president-elect…and they care about us!

“People want leaders they can look up to, who can solve problems and actually deliver results for our people.” – Gretchen Whitmer

Lies about how deadly the pandemic would get and politicizing the vaccine has also hurt us. I know that I was skeptical about how safe and effective the vaccine will be. But, lucky for us, the scientific community takes their medical oath of helping people very seriously. They don’t listen to the rhetoric from the Federal Government. They want to prevent diseases and develop vaccines that are safe and effective. I appreciate and celebrate the heroics of the scientists and health care heroes for their sacrifice and dedication to the American people. I have to admit that I cried when I saw the first vaccine given in the United States last Monday. We are finally going to be healthy! Not only the United States but the world! The sense of relief I feel is overwhelming and the light in my heart is shining bright. I call it…hope!

This current administration has divided the American people to the point that we don’t trust the government. And many of us don’t even trust each other. It’s a sad time in our history! It should never be this way. I believe that changes are on the way for our nation. We have a president-elect and vice-president-elect who will work for the people! And we have a vaccine for the deadliest pandemic in world history! We now have hope for the soul of the nation. How exciting is that?

“Candor creates trust. Trust is the basis on which real change, constructive change, is made.”
– Joe Biden

There’s a lot of healing to do. But I believe when we begin healing, we will start to trust our government again. Also, we will trust each other too. Let’s be patient and listen to each other. Reach out and help people who are hurting and suffering. We can spread our love, compassion, and acceptance…because that’s what America stands for. Cheers to happier days!