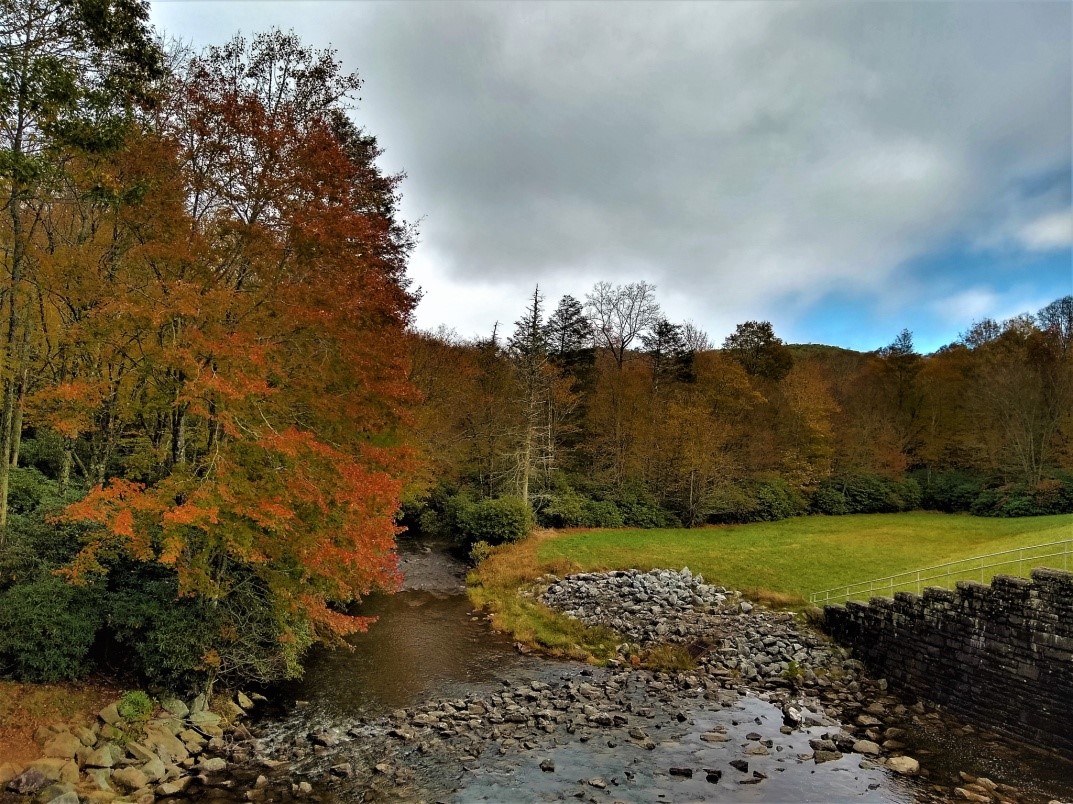 My husband and I just got back from an awesome trip to the North Carolina Blue Ridge Mountains. We drove along the Blue Ridge Parkway and enjoyed the vivid reds, yellows and oranges of the changing leaves. Mother Nature never ceases to amaze me with the beauty that surrounds us every day!

As I looked at the beautiful leaves it got me thinking about the cycle of a leaf. They are a gorgeous green in the spring and summer seasons, then change to a beautiful shade of fall colors, and then dry up and blow away. In the spring they come back as a new leaf and rustle in the spring breeze once again. What a beautiful cycle!

I started thinking about the cycle of beliefs that we have about ourselves. Some beliefs are instilled in us as children and some are beliefs that we have made up about ourselves. Some are great and some not so much. The cycle of a belief is recognizing that it is a belief, is it positive or negative, where it came from and if it is negative, replacing it with a positive one.

Let’s concentrate on a negative belief you have about yourself.  How is this belief affecting your life? Where did it come from? Was it instilled in you from an early age or is it one that you kind of made up? What would be possible in your life if you eliminated this negative belief?

I’ll give you an example about a negative belief I carried with me for 30 years. I believed that I wasn’t smart as a child. And because of this I lived up to this belief because, really, why try if I wasn’t smart. As I got older I started changing this belief very slowly by teaching myself to read. But I still carried this negative belief about myself until someone I worked with told me how smart I was with whatever task I was doing. That was my “aha” moment. Someone that didn’t know my background thought I, that’s right, “me” was smart! OMG, I felt elation! At that point the negative belief started to shift to a positive one. I learned that my old belief wasn’t valid. I started believing that I was smart.

“You have the power in the present moment to change limiting beliefs and consciously plant the seeds for the future of your choosing. As you change your mind, you change your experience.”  –  Serge King

Being honest with yourself about beliefs that are not good for you is half the battle of changing it to a positive one. Changing a negative belief is not an easy task, let me tell you. It’s a job that only you can do. Think about a time when you pushed against this belief. How did it work out? Did you feel a sense of freedom?  The more you push back this negative belief the less it has control over you.

Ask yourself if this belief is really valid. By giving into negative beliefs, you give them more power to control your thinking. Another thing to think about is how great you are and not what you aren’t. Letting go of negative beliefs move you forward into a positive space so you can feel good about yourself.

Like the cycle of a leaf changing color, drying out, blowing away and growing again, do you want to start your cycle of letting go of past beliefs? Recognize the negative belief and how it’s affecting your life, did it come from childhood or did you make it up and is it valid? Do you want to be stuck believing the negative or do you want to change it?

Let go of negative thoughts about yourself. How will you choose to change your mind set about negative beliefs? Will you listen to positive dialogue from a colleague like I did? Believing in yourself and that you are “all that” is a great way to begin!